I road tripped across Canada!

Over the last month I had the chance to roadtrip out to the west coast of Canada with my friend Jurre! All of my life I have been an online gamer making plenty of new friends through various online communities. 7 years ago I met Jurre through a Minecraft server which I ran. Typically online friendships only really last for the time you’re playing that specific game however this one stuck through many games… Minecraft, Runescape, Rocketleage, Overwatch and many more. Jurre is from the Netherlands and I’m from Canada so our friendship has developed purely through the internet however this winter we planned a cross Canada roadtip. The roadtrip was the first time that Jurre and I met in person even though it didn’t really feel that way! I tracked our trip in an app called polarstep which showed our route & some points of interest along the way. I tend to ramble on quite a bit in this post but be sure to check out the collage of photos at the end since a picture is worth a thousand words! 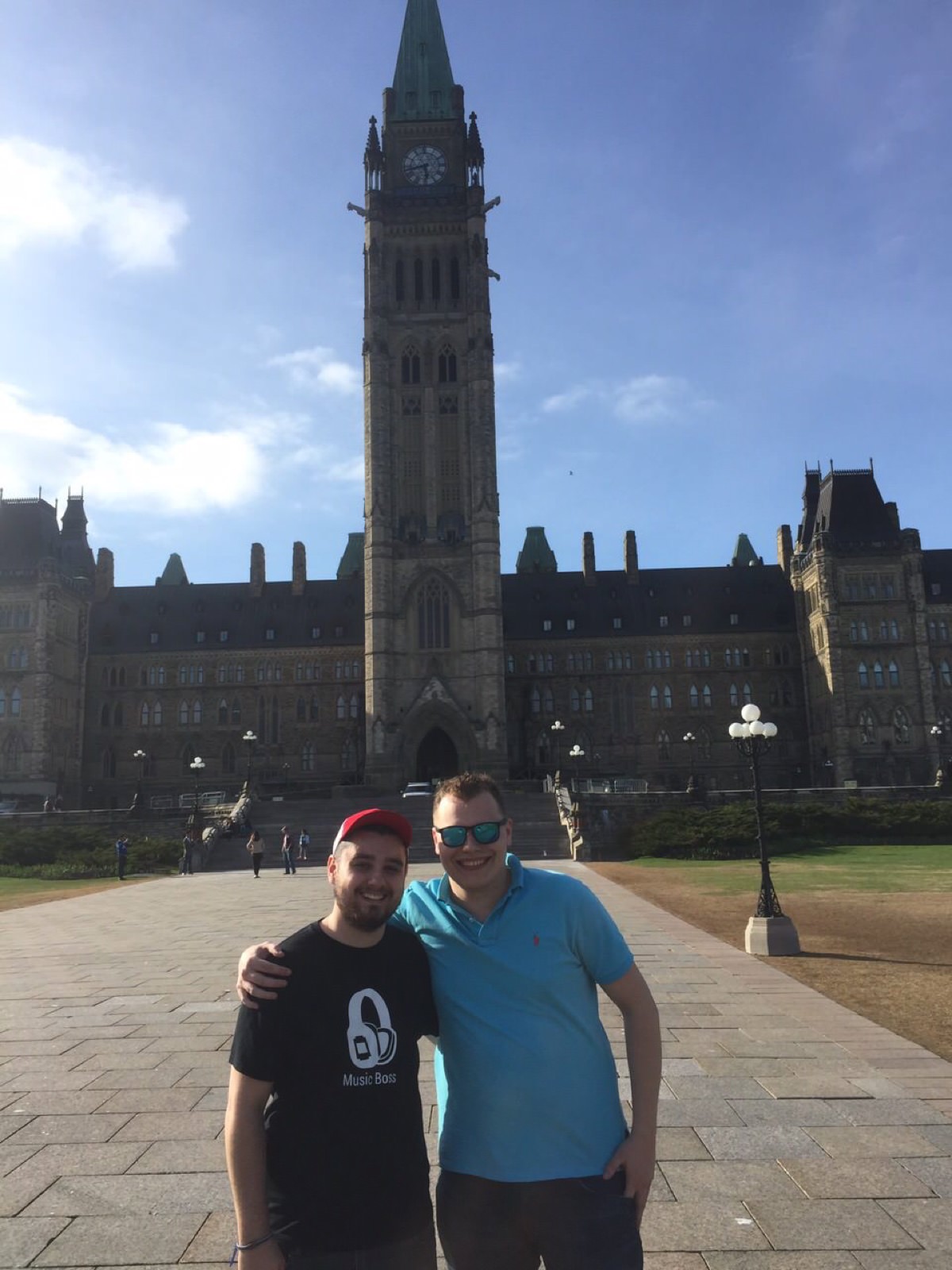 In front of the Parliament Buildings

Jurre landed in Toronto and spent a few days exploring while adjusting to the 6 hours of jetlag. The day he took the train to Ottawa I was supposed to meet him at the train station but one of the worst possible situations happened when I was heading there… My phone died and the bus I was supposed to take never showed up! Thankfully Jurre was smart enough to wait at the station until the next bus got me there (this was honestly the worst feeling). During our few days in Ottawa I showed him around the parliament buildings, went with him to get his first beavertail and even took him to get his first true Canadian poutine. Just before embarking on our month long adventure I took Jurre to meet my family. 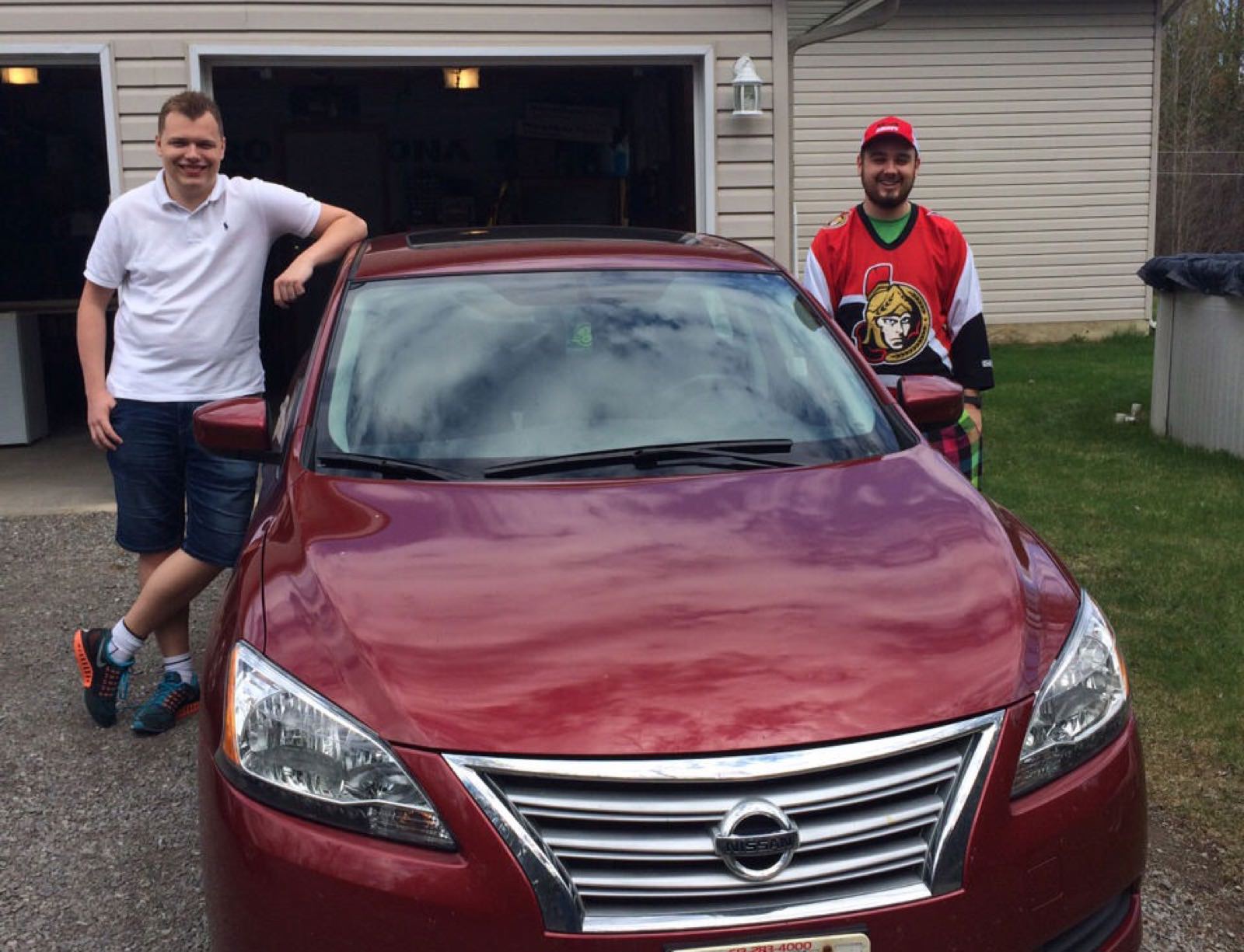 All packed up and ready to go!

The journey through Ontario took us almost 3 days which goes to show how large my province really is. We stopped in sudbury briefly to check out the Big Nickel followed by staying in Sault Ste. Marie for the night. The next day we drove along Lake Superior for many hours stopping to take plenty of photos. Jurre quickly learned that tractor trailer drivers think they own the road: twice we had to literally stop and pull over onto the shoulder because a tractor trailer was passing another vehicle IN OUR LANE! Thankfully we made it to Thunder Bay safely that night and my good friend Terron let us crash at her place! For breakfast we had finn style pancakes with real maple syrup made at Terron’s parents sugar bush in Lanark county! The last big stop for Ontario was on our way out of Thunder Bay when we stopped by Kekabeka Falls Provincial Park to do some hikes and check out the waterfalls. 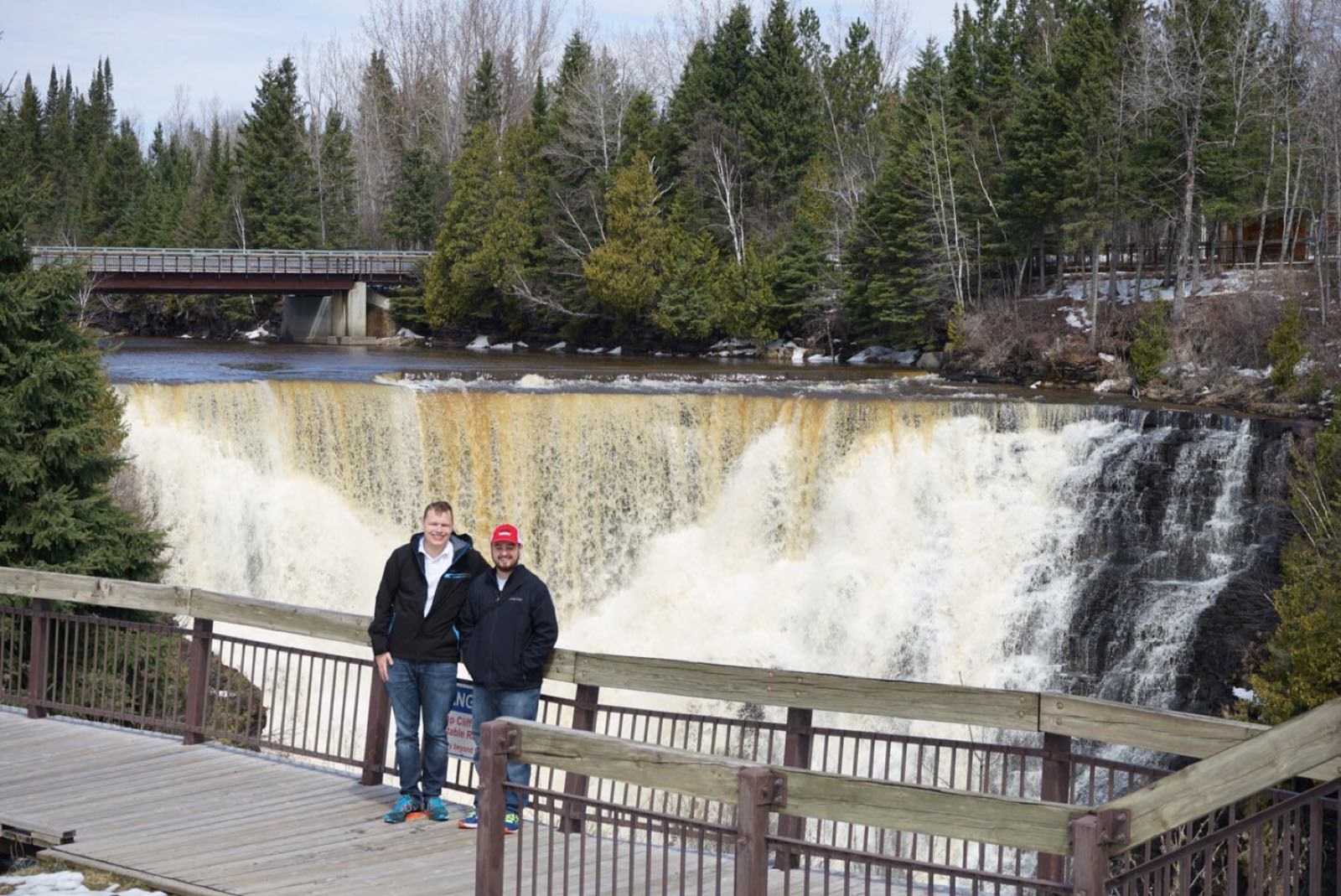 The next week was spent travelling across the flat flat prairies. Manitoba, Saskatechawan and Alberta were all long drives with not much to do other than talk. Jurre attempted to teach me some Dutch but we both quickly realized that wasn’t going to work out well. There was one close call with a deer during our drive to Sasketchewan which set us in high alert mode for the rest of the drive that night. Once we made it to Alberta we stopped at the Royal Tyrell Museum in Drumheller which is the largest dinosaur museum in Canada. Drumheller made me feel like I was in the middle of the desert since we were completely surrounded by sand dunes. From drumheller we drove up to the last big stop before the rockies which was the West Edmonton Mall. I’ve never seen a mall so huge, I mean it was like any other mall only this one had a roller coaster, waterpark and a freaking skating rink in it!?!? 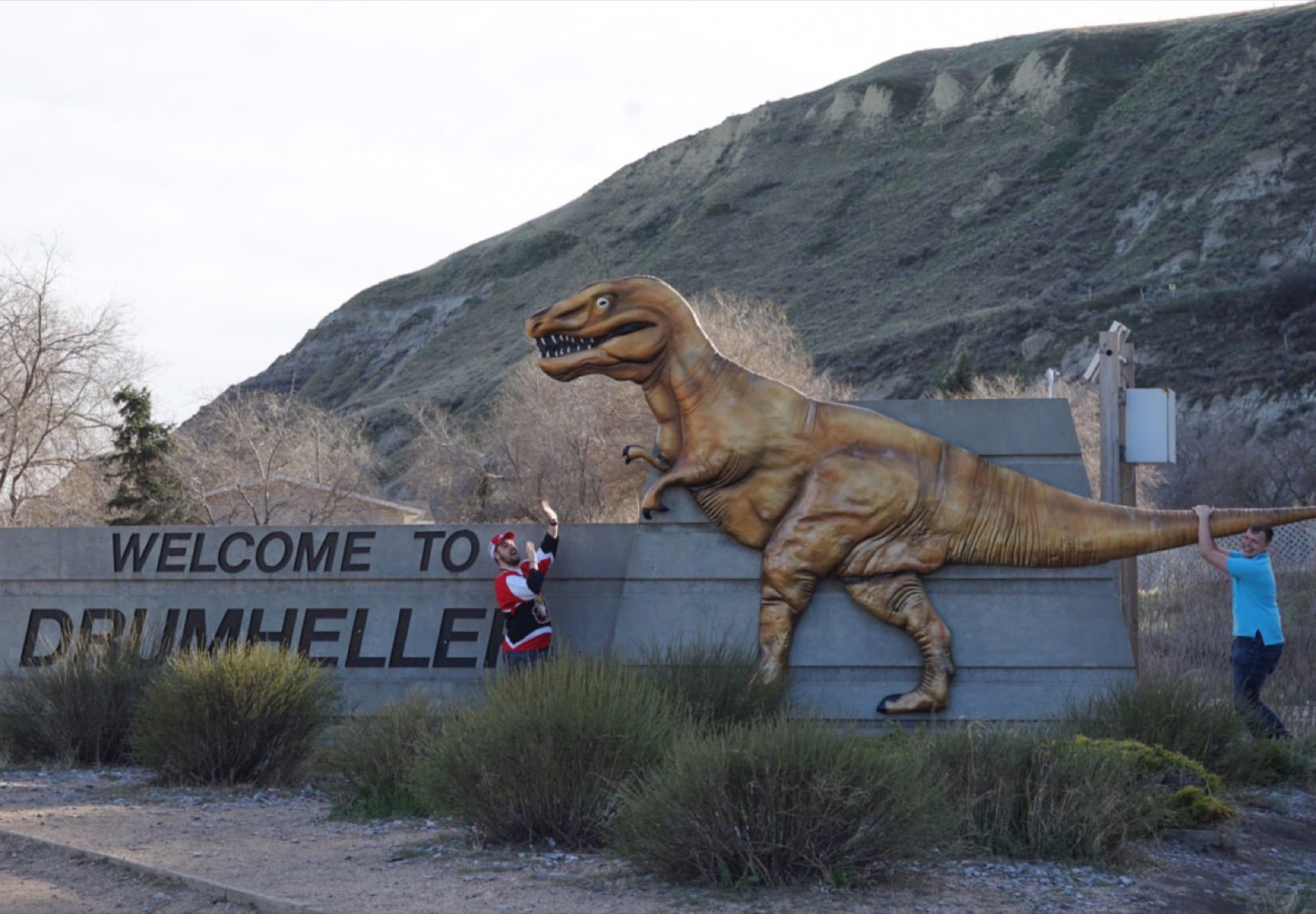 From Edmonton we headed towards Jasper and the rocky mountains. This was the first time I’ve ever seen the Canadian rockies in person and they were absolutely stunning. For our first few nights we stayed in an OTentik (a small permanent wooden structure with tent material around it) just outside of the town of Jasper in the heart of the rockies. During our stay in Jasper we went on some hikes in the mountains and the views are just astonishing. One of the days while exploring the town we came across a RV which was shipped to Canada from the Netherlands (we knew this due to the dutch license plates). Funny enough we ran into the folks who owned the RV and Jurre was able to have a conversation in dutch. From Jasper we headed south towards Lake Louise driving along a highway which was covered by an avalanche earlier in the week.

On our way from Jasper to Lake Louise we stopped to for an adventure on the Columbia glacier. To traverse the glacier we took essentially what was a school bus with 6 monster truck wheels up and down some extremely steep hills. Once at the look out point the guide stated that there was over 200 metres of ice below the spot we were standing! The ice on the glacier was a slight turquoise color and I’m not too sure why that is. From the glacier we went to Lake Louise and stayed in Fairmont Chateau Lake Louise which is the hotel directly on the lake. Unfortunately most of the paths around the lake were closed due to avalanche dangers however the area was quite pretty. The hotel was probably the fanciest hotel I’ve ever stayed in in my life! From lake louise we headed to Banff & Canmore which was one of my favourite stops. 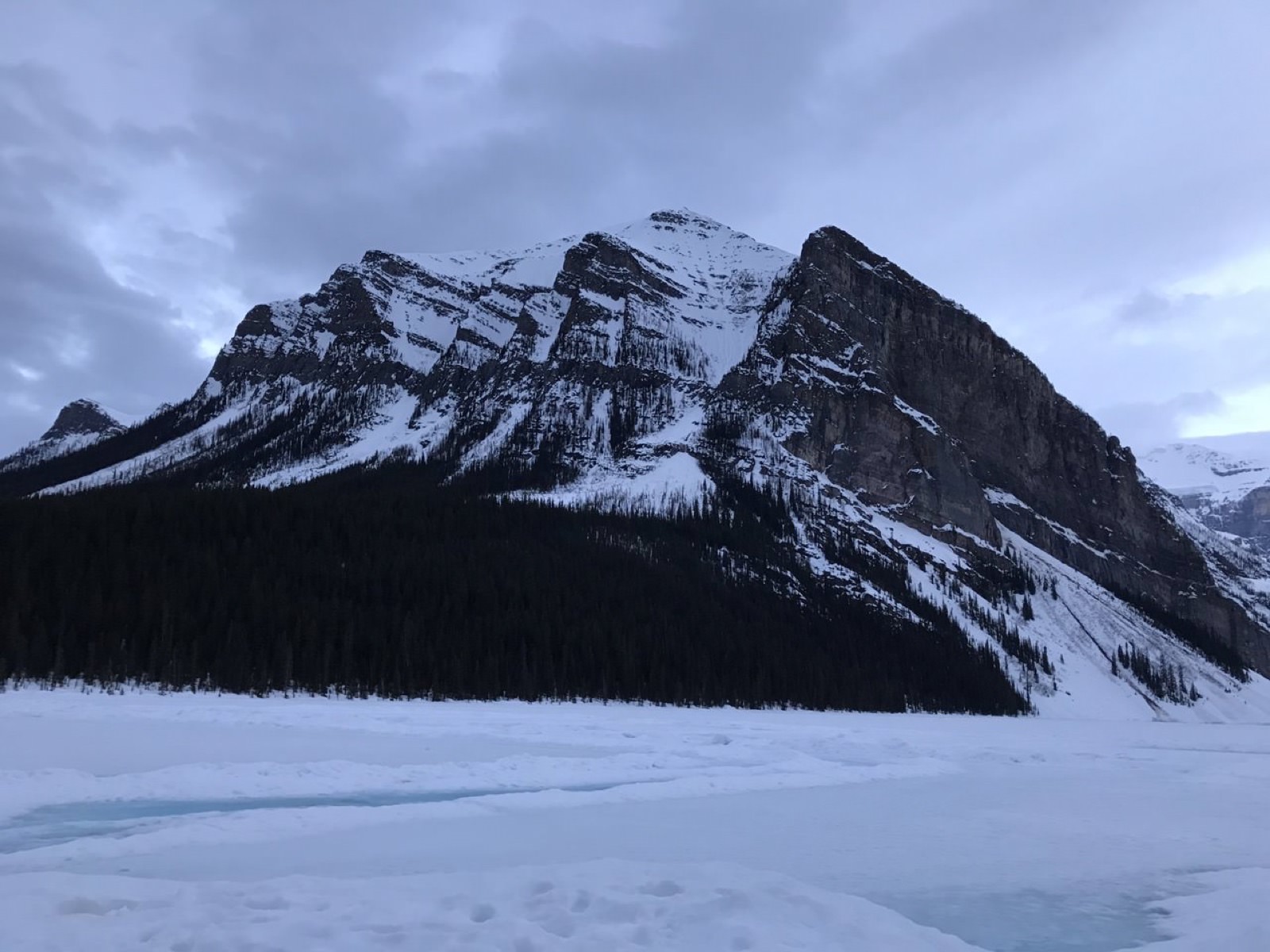 Once in Banff Jurre and I went to check out the Cave and Basin National historic site which, if I remember correctly, was the first historic site in Canada. The Cave and Basin had the worst rotten egg smell since it was on the side of Sulphur Mountain. Like its name suggests, the mountain has quite a bit of sulphur which produces a rotten egg smell that is released in the water. The town of Banff was just a touristy city with plenty of small shops so it didn’t really interest Jurre and I that much. We took this as an opportunity to do some shopping for our families however most of our time in this area was actually spent in Canmore.

During the nights we were staying at a place called the Rockey Mountain Inn located in Canmore which is about 20 minutes away from Banff. The highlight of my trip had to be the Canmore cave tour that we did. This tour was a 4 hour trip traveling 1km into a natural cave system formed on the side of a mountain. During the tour I got to attempt many challenge squeezes some of which I could feel my stomach touching the floor while my but was touching the roof. Its wicked to see how a small crack in the side of the mountain actually goes so deep into the rocks. At the furthest point in the tour we turned off our headlamps and experienced absolute darkness… not a single photon of light could reach where we were standing. Hearing the water drip around us was so calming it almost felt like I was dreaming. The cave tour was one of the last activities we did before moving on towards BC then turning around and heading home. 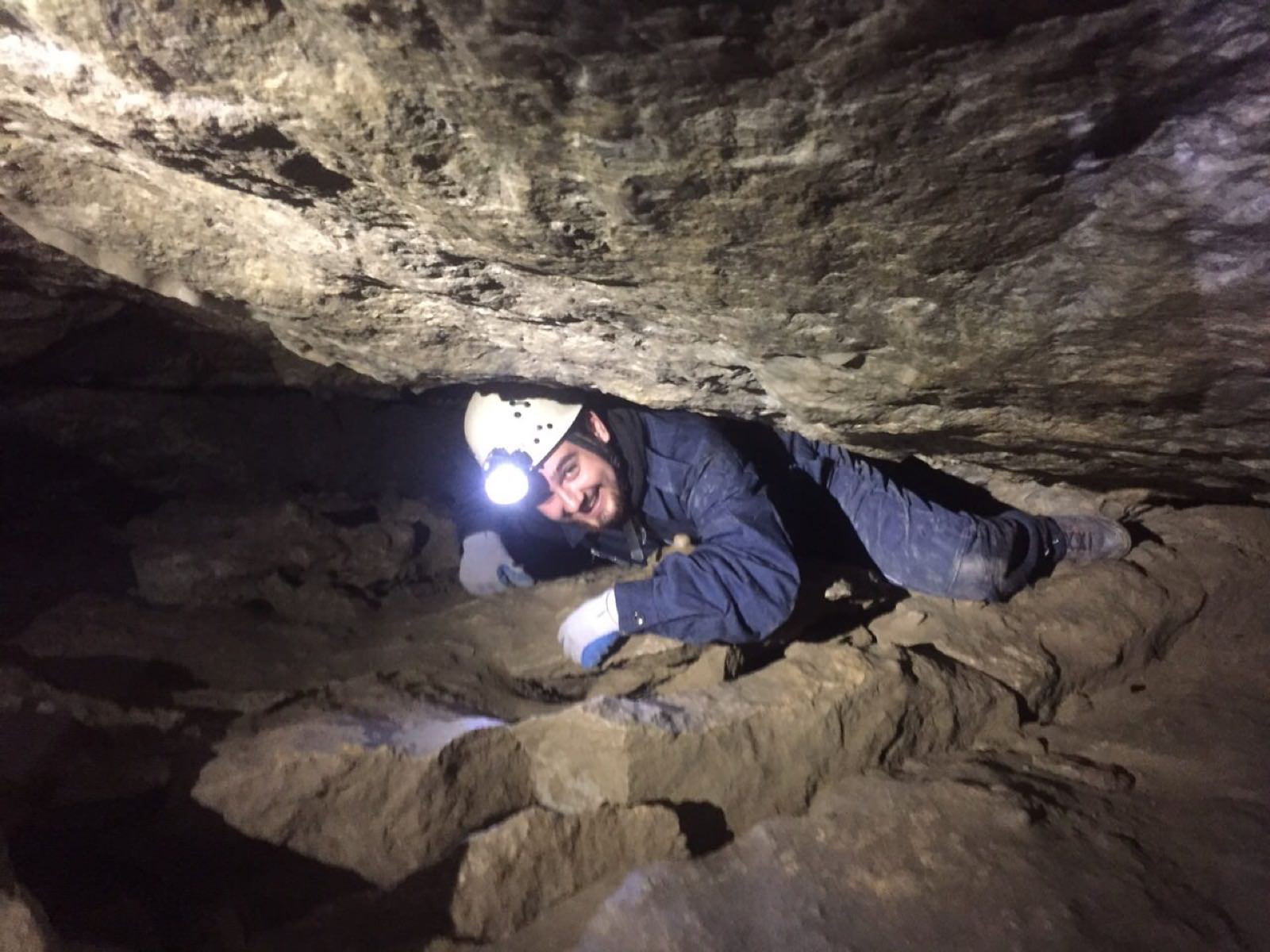 During our stay in Canmore we made a quick day trip over to Radium, British Colombia just to say that we travelled all the way out west. We visited the Radium Hot Springs which take naturally heated water in pump it into a pool. Unfortunately both the Jasper hot springs and the Radium hot springs were commercialized so they were quite busy and the pools themselves were man made. I was hoping it would be literally a naturally formed pool of water which according to some of the locals these do actually exist in the area! On our way back from Radium we drove past two black bears! Both of the bears were quite chill, just eating grass on the side of the road. Jurre and I pulled over to snap a few pics and they didn’t even flinch (we made sure to stay in the car though). 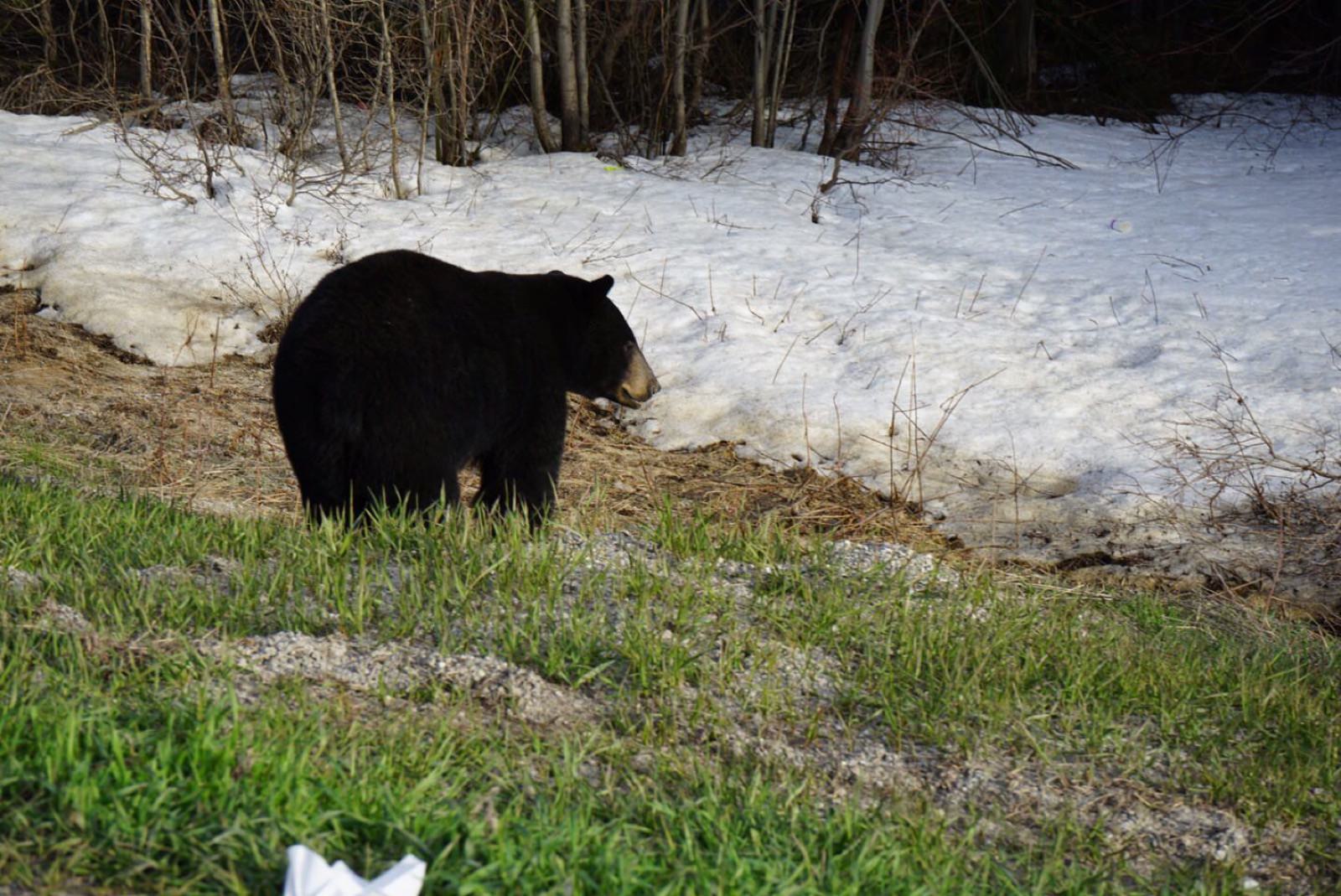 After BC we had to drive straight home stopping just for the nights and leaving the next morning since Jurre needed to make it back in time for his flight. In Calgray I managed to get caught up with my buddy Austin from Highschool which honestly felt like no time has passed. Thankfully we made it back in time for Jurre to catch his flight back. This trip was an experience of a life time and I would do it again in a heartbeat. The internet is an amazing place which can truly connect people from all over the world turning strangers into great friends. I’m hoping to roadtrip Europe with Jurre next year! 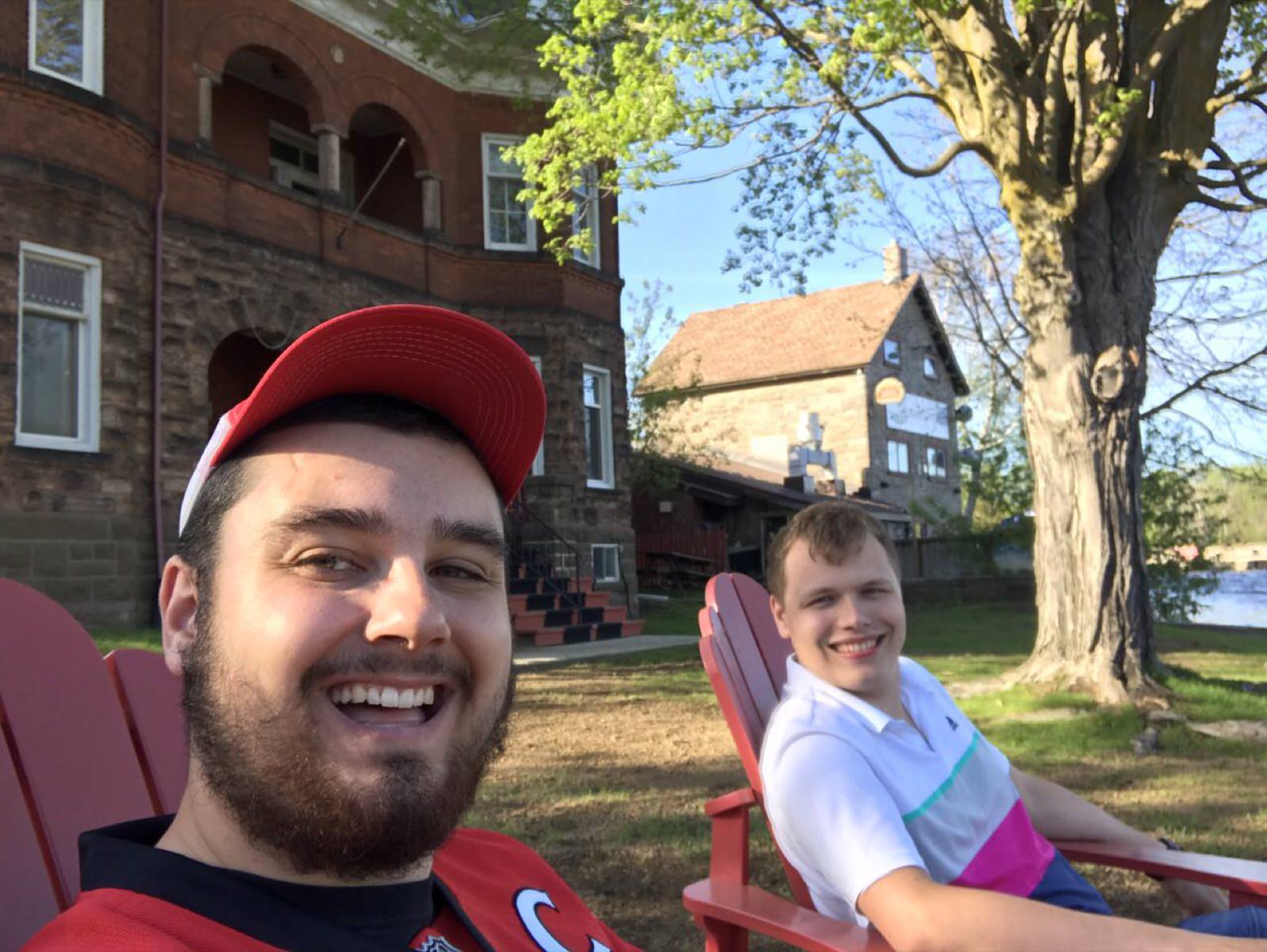 During our trip we also took some cool timelapse videos, check them out here: