The hymn of the frozen lotus

Last month I watched music bring the french alps alive for the first ever edition of Tomorrowland Winter. Not only did I get to watch music unite thousands of people but I also go to spend a month in Europe with some amazing friends.

The Mainstage of Tomorrowland Winter

To kick off the trip Forest and I traveled to the Netherlands to meet up with Jurre. It still amazes me that Jurre and I met online nearly 10 years ago! The first few days in the Netherlands I spent working out of GitHub’s Amsterdam office meeting my European colleagues while Jurre showed forest around Amsterdam. I’m truly blessed to be able to work with colleagues from around the world.

Since this was Forest’s first time so we made sure to show him all of the local sights. I somehow convinced him to try some kapsalon which is basically the dutch version of poutine. One of the nights we did a mini Tomorrowland discord meetup in Rotterdam. It’s amazing how possible it is to stay connected these days. At the end of the week Forest and I took a high speed train from Rotterdam to Paris to begin the next part of our journey.

Forest and I about to board the Thalys high speed train

Forest and I spent a week in Paris before heading to the festival. We were staying at a cozy AirBnB in the heart of Paris - only a metro ride away from everything. Our AirBnB host Carole gave us plenty of recommendations of places to check out including many places I missed during my first trip to Paris. One of my favorite sights during our stay in Paris was the catacombs, all of the skeletons made the atmosphere so eerie. We also made sure to visit the Eiffel Tower because what would a trip to Paris be without visiting it! 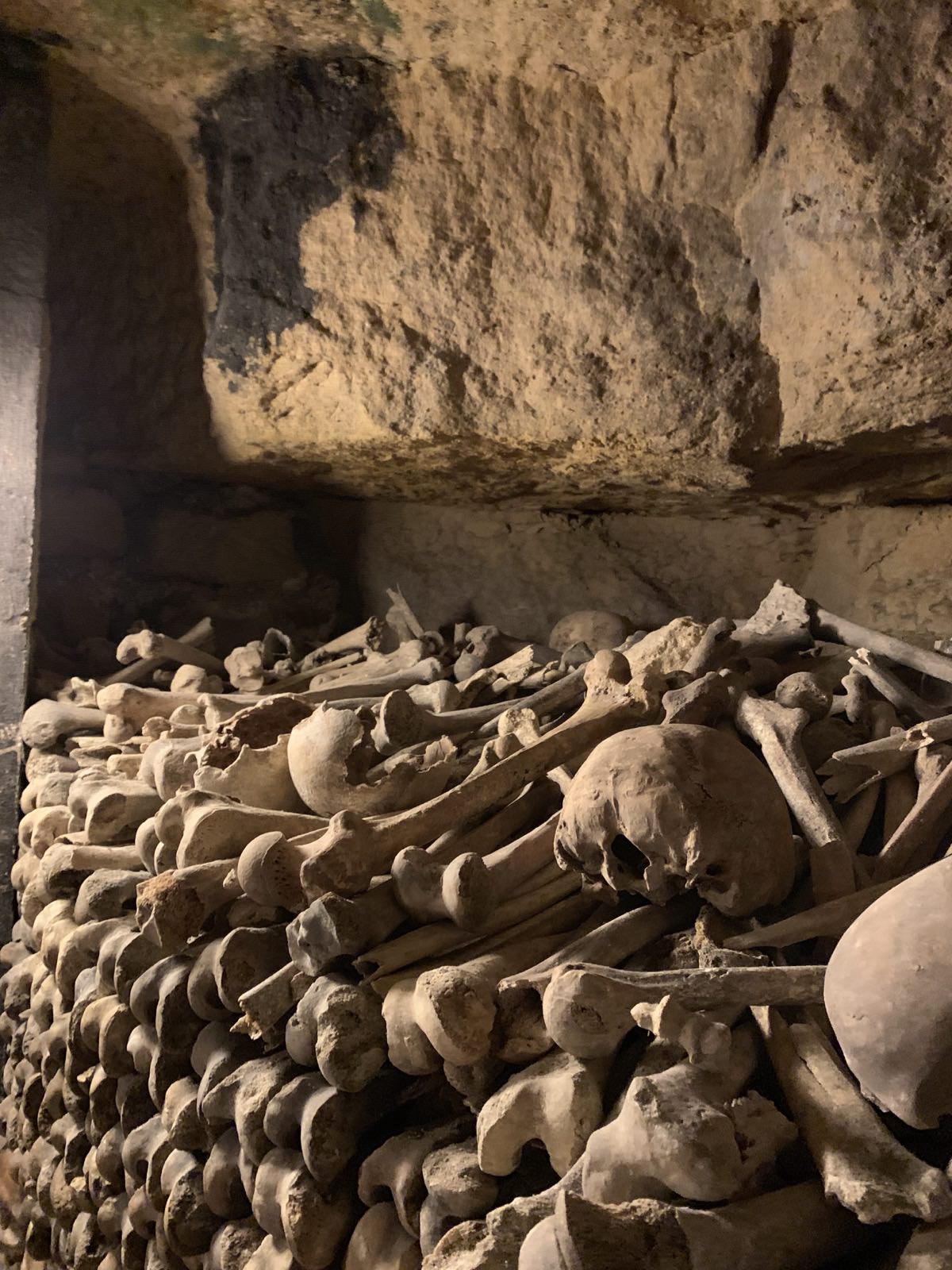 Forest in the Catacombs

However, the best part about trips like this are the people you meet. Last summer when I traveled to Paris I got to hand deliver a gift to my sister’s Reddit secret Santa. Forest and I got to meet up with her again! Axelle even managed to convince Forest and I to try escargot… it was interesting to say the least. Following Paris we hopped on the highspeed train to make our way down to Lyon and begin our journey into the french alps.

Axelle, Forest and I 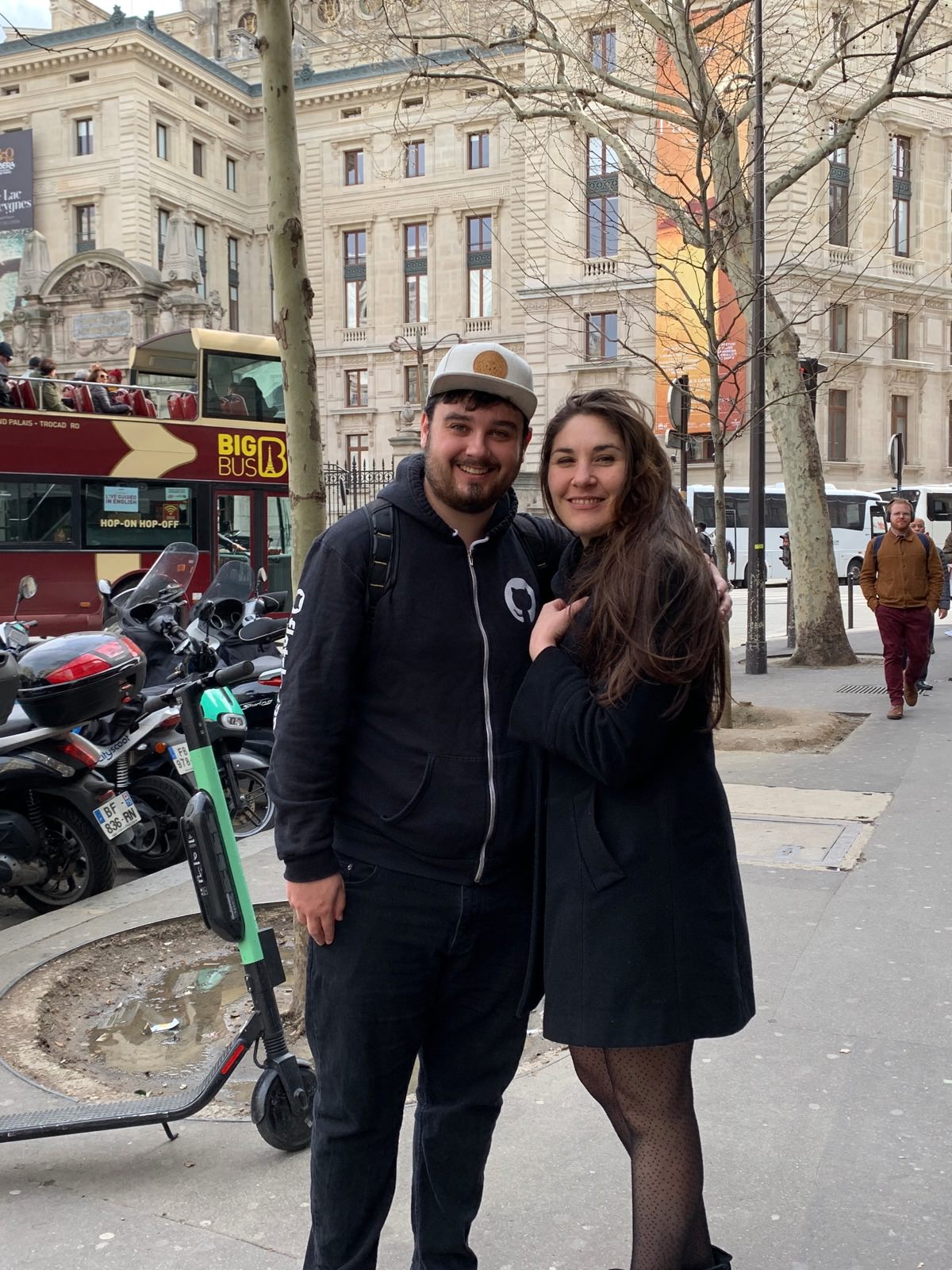 What’s better than just a festival? How about a festival up in the beautiful French alps with some amazing skiing and stunning scenery! I met some others from Ottawa at Tomorrowland during the summer and we decided to all go together to the winter edition. Early Saturday morning we boarded the shuttle from Lyon to make our way to Alp D’Huez. We were staying in a beautify 8 person chalet no further than 100 meters from the slopes and the festival! It honestly felt so nice to be able to go back to the chalet and relax between sets. There were stages all over the place, over 10 stages with some of them being ski-only stages! One of the coolest spots for a stage was the north face one at the summit of the mountain which required you to 2 gondolas and a cable car to get there.

The summit of Alp D'Huez

One of my favorite mountain stages had to be amicorium spectaculum. It was the perfect atmosphere and made for some great scenery while listing to the DJs. The best part about the stage was it’s size, it was small enough that it felt quite intimate yet you’re surrounded by mountains. Sometimes after the DJ finished their set they would even come down into the audience so you could meet them. The crew I was with were all big tecno/trance fans and we all go to meet Kolsch, Joris Voorn and Patrice Baumel. Of course it wouldn’t be the amicorium spectaculum with out performers! Tomorrowland always puts on a good show in that regard. 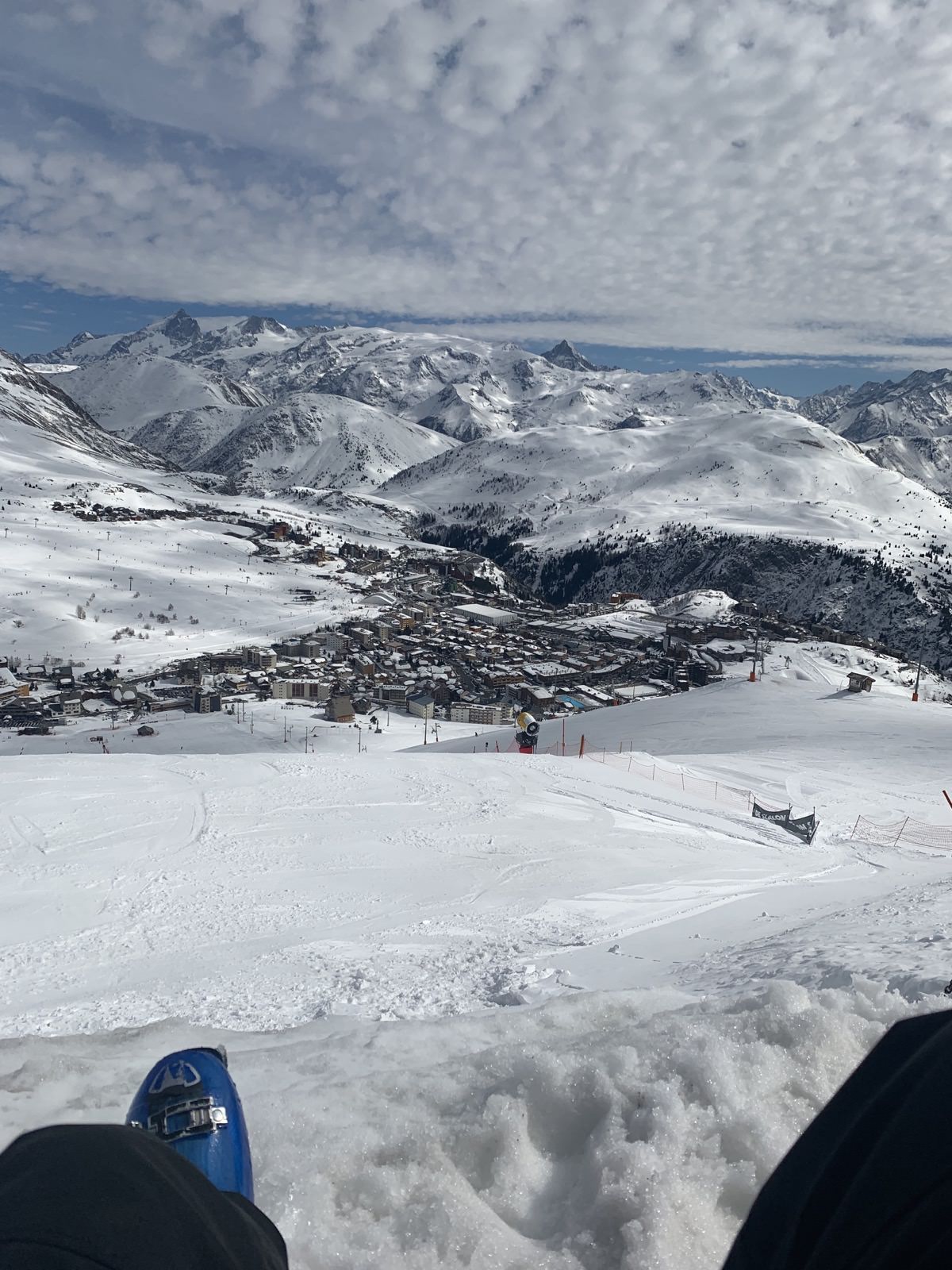 My friends and I met Kolsch!

The stages in the village were spectacular - with pyro tehcnics, fireworks, CO2 cannons, and basically anything you could dream of at a festival. I didn’t spend much time at the mainstage, I only saw a few acts there. I did manage to make it to the rail for the closing set at Martin Garrix and boy was it ever slippery! Imagine a festival on a skating rink, that’s essentially what the mainstage was like (though it was a ton of fun to be pushed/slide around in the crowd). However my favorite stage was the rebuild of the freedom stage known as the Garden of Madness. Quite a few elements of the stage changed for example there’s no butterflies which come down from the ceiling. There were also quite a few that remained: tons of lasers, lights and the fact that it was still a sauna… I think they could have had better ventilation! Overall Tomorrowland did not disappoint with the stages.

I made some friends at Martin Garrix's set!

My favorite set of the weekend was Charlotte de Witte’s set in the Garden of Madness - she absolutely killed it. The energy at her set was through the roof, I still remember waking up the next day feeling like my legs and arms were going to fall off from dancing so much! I didn’t get too much video from her set since I think it’s really important to live in the moment at events like these however I did manage to capture a brief glimpse of the insane atmosphere:

When I got back from Tomorrowland I was really excited to see that Charlotte was coming to Denver. As I write this I was actually able to see her here in Denver this past weekend. I was even lucky enough to meet Charlotte after her set and grab this amazing photo! I’ve seen her live 4 times now and she certainly doesn’t disappoint.

I got to meet Charlotte @ The Church in Denver!

She was DJing only a few feet away from me!

Checkout these awesome pictures I got on the trip!